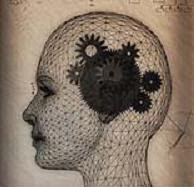 The delightful Miss Sarah Aswell of BROOD tagged me for her evil meme. According to Richard Dawkins (not to be confused with Richard Dawson -- researching memes, I wondered when the host of Family Feud had time to write books about culture and invent words between kissing so many women on The Feud), a meme is a transmittable unit of culture, such as a joke, rhyme, or jingle.

…Or formulaic blog entry. Dawkins didn’t know to include blog entires on his list of meme examples, because he made them up in 1976 and blogs didn’t show up on the scene until the 90s.

Ideas – culture bites – that spread from mind to mind like a virus? It’s all so Hundredth Monkey, isn’t it? (Camille, I must confess: I still have the copy of The Hundredth Monkey you lent me in 1997. As it turns out, those monkeys never psychically learned to wash sweet potatoes, and the human race will probably never psychically learn not to proliferate nuclear weapons, either.)

Anyway, thus tagged, I will meme, but I will not tag. The virus ends here!

1. I always have a song in my head. I almost always have music playing – in the car, on the computer, in the living room – for the sole purpose of setting my internal radio. Either the song in my head is whatever’s currently playing, or it’s some infernal piece of musical nonsense that’s gotten stuck in my head. There’s actually a term for this: it’s called an earworm. Apparently OCD or anxiety medication would help to quiet the jukebox in my head….

2. Which makes me think that it’s a problem. Constant music in my head never seemed like a problem until I read that people take meds to stop it. See how that works? I always thought that my constant internal jukebox made me SPECIAL, not CRAZY. And now I’m going to be chewing on this like Zeke with a yogurt container, until there’s no more yogurt and it’s full of tooth holes and I’ve ingested my fair share of plastic. (But I’m not crazy!)

3. Sometimes, the songs that get stuck in my head are completely embarrassing, and I have to be very careful not to start whistling or humming to myself lest someone recognize the tune and make fun of me. “Are you seriously singing ‘Bop to the Top’ from High School Musical??”

4. The only clear defense on that one is: “You recognized it.” (This closely follows the classic “You smelt it, you dealt it,” line of defense.)

5. A good thing about earworms is that I have the ability to change them, if I focus. This way, if the current song in my head is completely and utterly inappropriate to the situation at hand (“Baby Got Back” at a funeral, or NIN’s “Closer” – well, ever) I can consciously switch it to something less inappropriate. Songs I most frequently switch my brain to: Prince, “Purple Rain” (the first 18 bars or so are SO PRETTY! Seriously.); Martin Sexton, “Glory Bound;” and “As Long As You’re Mine” from Wicked -- again, those first 18 bars.

6. Predictably, the earworm in my brain after this weekend was – you guessed it -- You can get anything you want, at Alice’s Restaurant….

7. My current workplace charmingly plays piped music from some XM station or another. In the last four months, the station has changed four times: First we had a 60s station that played exactly 100 songs from 1960-1969, in the same order every day. This station nearly killed me. Second, a 90s station that played all manner of songs from my teenage years. Believe me, after a month of the exact same Beach Boys songs at the exact same time every day, just the idea of Four Non-Blondes made me want to weep with joy. Sadly, we only had a week of the 90s before someone got wise and switched the music to a 70s station. While the 70s was much better than the 60s, and as much as I enjoyed hearing “Free Bird,” “Castles Made of Sand,” and “Space Oddity” every single day, I would find myself humming, inevitably, Planet Earth is blue… and there’s nothing I can do-ooo…. when I was supposed to be listening to my coworkers. It was a mixed blessing, then, when someone finally changed the station to the “Crappy Lite Jazz” station, so now instead of “A Whiter Shade of Pale,” I get to hear even liter versions of James Taylor songs. Goody.

Maybe I do need anti-anxiety medication, after all.

Wait, seriously??? I thought EVERYONE always had music playing in his/her head. I certainly do. ALL THE TIME. (Of course, I also type things I hear and try to add suffixes and/or prefixes so that the words come out with the same number of letters on the right and left hands, and surely that is something medication could fix. I've been doing it since I took typing in 8th grade, so 17 years?)

Anyway, every few weeks, "You're a Grand Old Flag" spontaneously erupts in my brain (since my sister did a gymnastics routine to it when she was 4, which was 24 years ago), but that's the only recurring one.

I once read that if you can't get a song out of your head—not everyone has your ability reprogram!—you should either "play" it through to the end of the song, or else add an ending to it ("shave and a haircut, six bits," for instance), so it comes to a conclusion. Sometimes that works.

But seriously, I had no idea that this was not a universal feature of modern life. I think we ARE special, Molly.