What Women Mean When We Say #MeToo

Some men on my Facebook timeline have complained that #metoo is unfair to men because it implies that they're all catcalling losers, but they themselves have never catcalled a lady once. Unfair! 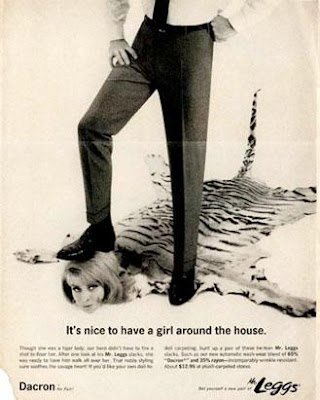 But here's the thing, pals. It's not just catcalling.

It's when nine out of ten cab drivers ask you if you're single, and you have them drop you a block from your house because you don't want them to know where you live.

It's when you're leaning over a coworker's desk to look at a document and another coworker walks by and says you're begging for a spanking.

It's when a man on the train demands that you smile at him, yells at you when you try to ignore him, and everyone else is silent.

It's when a man you just met physically blocks the door and won't let you leave until you give him your number. It's when the other teachers in your department make sexual comments about your 8th grade students, and when you call them on it they say the girls are asking for it by dressing that way.

It's when your coworkers complain that your boss must be on her period because she's given you a tough deadline.

It's when a man literally grabs you by the pussy and insists that he's allowed to/it's funny because he's gay.

It's when your eye doctor smashes his erection against you during your eye exam and you don't speak out because you're too young to know what an erection even is.

It's when your boss loves to make boob jokes and everyone defends him because "he's harmless."

It's when your much older manager tells you to quit your job so you can date him, and when you try to laugh it off he reminds you that he could fire you if you'd rather.

It's when a man on public transportation leers at you and opens his legs to reveal his gross old dick flopping out of his shorts.

It's when a man won't leave you alone until you utter the magic words "boyfriend" or "husband."

It's when a man you thought was your friend sticks his stupid penis in your face while you're trying to watch a movie and then yells at you and calls you a tease when you refuse to give him a blow job.

It's when one of your students threatens to rape a girl in your class and the vice principal doesn't want to call his parents because "he was only joking."

It's when a man gets mad at you for crossing the street and screams, "I'm not going to rape you, you fat bitch!"

It's when a man warns you about other men, or makes threats about his teenaged daughter and boys, because he "knows how men are" or "used to be a teenaged boy" and knows how they are too.

It's when this same man gets mad at you for making generalizations about men.

So yeah, dudes. We're not just talking about catcalling.

Dear Molly, I appreciate how you have put a lot of examples together and also sum up the way we too, me too, walk in the world. I was thinking about a former boss of mine who told me he loved to walk in the skyways of Minneapolis on Fridays because he could look at women's bodies when they were wearing jeans for casual day. Even casual day you can't get a break. It's these little things and so much more! Thanks for speaking up!
Val