Lame Superpowers I Have Wished For

The ability to put every car on a block in neutral and roll them closer together in order to maximize street parking efficiency... with my mind. 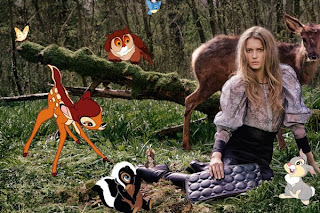 The ability to talk to woodland creatures... so bunnies wouldn't have to hop away when I walk past them. Also so they would come clean my house.

Super hair that never needs to be washed.

The ability to shrink my car into a tiny match-box sized car that I wouldn't have to park, I would just carry around in my pocket.

The ability to instantly transport myself to any location in the world... so I can go home and take a nap.

The ability to stop time... also for napping.

The ability to read minds... in order to know if my dog really does think I'm consistently both the least interesting and most disappointing human she's ever met.
No comments:

Why, She's the Size of a Human Baby!

You know you're hanging out with writers when, in the middle of a conversation, someone spaces out and murmurs, "I should use that...." 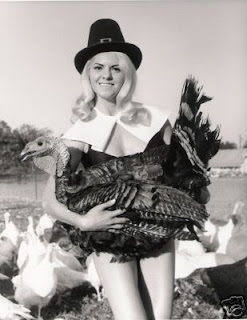 My most recent "I should use that" was tonight when I was telling people about this song my family sings. That we made up. About how the Boston Terrier is the Size of a Human Baby. ("Size of a human bay-beee! Size of a human BAY-beee!") Because what family doesn't immediately turn inside jokes into songs?

(Sidenote: This song became even funnier when I was visiting my friends and their four month old baby, who was -- by definition -- the size of a human baby. You know, being a baby and all. She was also the Size of a Human Bay-bee! -- and incidentally, the size of a Boston Terrier -- so I taught her mama the song and then we added random cowboy-style hoofbeats, a Godzilla finale, and choreography. WIN.)

Anyway, my "I should use that" made me start thinking about family inside jokes. I'm particularly interested in family dynamics as a YA writer & teacher of YA writers, because so often teen books have parents who are either super evil or just dead. Dead and evil parents are very convenient for young protagonists, you see, being the impetus for many a teen's adventure. Or sometimes the parent is oblivious to the point of being neglectful, allowing our young protagonist to become romantically involved with the undead.

Of course, if you're a sixteen year old girl, it's often hard to distinguish between a truly evil mother and a mother who's not exactly evil but *is* a real pain in the ass, what with curfews and limitations and not letting you dress like a hooker and whatnot.

Because evil and kinda evil parents are so prevalent in teen fiction, it's always interesting to see totally non-evil parents. Ruby Oliver's parents in E. Lockhart's books (The Boyfriend List, The Boy Book, and The Treasure Map of Boys) are among my favorite parents in fiction, ever, because they're 100% non-evil. They're just really, really, really embarassing. And actually, doesn't it seem so much more realistic to have super embarassing parents than super evil ones? I'm sure that a national poll would show a much higher percentage of us have embarassing parents than have evil ones.

If you're lucky, they're still embarassing you long past your teen years, like this weekend when I went to talk to my mother at work, and she introduced me to her coworker: "Rob, this is my beautiful daughter. DON'T LOOK AT HER BOOBS!"

Thanks for that one, Mom. I may have to use that one day.

Tonight as I was singing the Size of a Human Bay-bee song to my friend, I realized that most of our family's inside jokes come directly from trying to make my mother laugh. We compete for it. I think it was my sister who discovered the easiest way to make Mom laugh is basically to make fun of her. Hence the song, which all started when my mother picked up Megan's dog and cried, "Why, she's the size of a human baby!!" (When retelling this story, you must give Mom a warbly old-lady voice.)

Cherished family moments include: the time we made her laugh so hard she sprayed hamburger meat across the table. The time we made her laugh by talking about religious-themed sex toys during Thanksgiving dinner. That one Christmas when Megan wouldn't stop comparing Mexican hairless dogs to sweaty ballsacks. (Gross-out humor gets her every time. The SNL skit with the NPR ladies and Alec Baldwin and his "Schweddy Balls" makes her giggle to this day.)

Sometimes you can make her laugh just by telling her about a different time she laughed, like the time at dinner when she laughed so hard she peed a little.

I started wondering why I never use these, all these random hilarious moments that turned into family jokes. Most of the families in my stories are cranky and sad. They're never cranky and funny. Why not? When I was at Ragdale, I found myself telling story after story about my Dad, who is kind of bonkers, but in a nice way, and about whom I apparently have a billion hilarious stories. I was surprised by all the stories, because I never really considered writing about him, but at Ragdale I started to realize I apparently have some major Dad-stories in my arsenal, which I totally should use someday.

As I was thinking about my mom and all the ways we make fun of her, I started thinking about Mrs. Glass in Salinger's stories, specifically in Franny and Zooey when Zooey's constantly making fun of her. I always wanted to punch him and be like, dude, stop being a dick to your mom, but now I feel like I need to go back and re-evaluate. Did the Glass family torment Bessie the same way we torment our mother? Did she ever laugh so hard she peed a little?

Anyway, I'm always encouraging my students to write interesting, complex, complicated parent characters, and I suppose this is my way of encouraging myself to do the same.

Hey, remember that one time I didn't blog in like six years and then I randomly just started making fun of my mom? I should totally use that.
No comments: