This afternoon, I took a stroll around the block while waiting for a conference call that never came. It's a gorgeous, warm September day, not a bit like winter, regardless of what my subconscious thinks. (A few nights ago at Kate's, we were talking about something or other and I said, "Now that it's winter...." and everyone looked at me until Natalie patted my hand nicely. "It's not winter yet, Molly. It's not even fall." Not in my head, though. One cold weekend and it's winter, forever, until next June.) 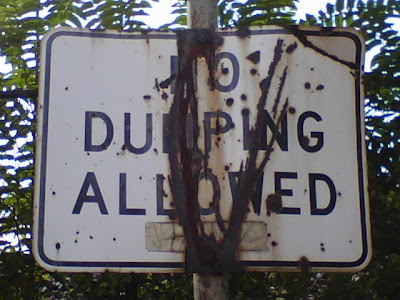 And I thought, well, that's good. I wouldn't want to be duped right now. I'm glad to know that I'm in a dupe-free zone, though I don't know how wide the no-duping range is. Could I be duped on the next block? Across the street?

After snapping a picture, I turned around to see this sign directly across from me: 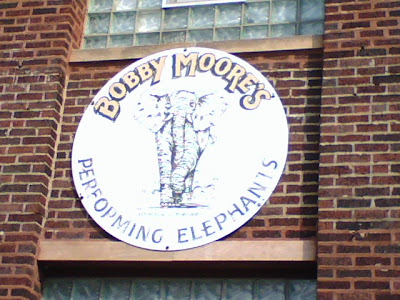 Oh my gosh! I thought. Could there REALLY be ELEPHANTS in that old warehouse, just a few blocks from my office? Could I go pet them on a bad day, offer peanuts to their little prehensile noses? Could they snuffle my blues away? ELEPHANTS???

And then I realized: I'm standing in a NO DUPING ZONE! It's totally illegal to trick people here! Therefore, there MUST BE ELEPHANTS IN THAT WAREHOUSE!


I am SO going to befriend them. Elephants!

Two links that made me laugh:

Hamlet as a Facebook Feed, which probably isn't very funny if you're not a Facebook person, but is absolutely hilarious if you are,

Or: Still Ranting After All These Years 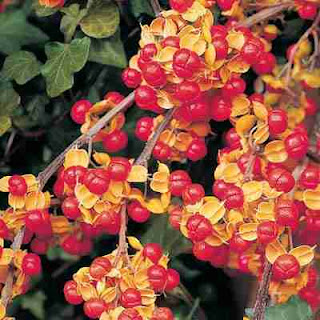 I meant to celebrate on the actual day -- September 8 -- but once again I find myself deeply immersed in rewrites. So it's a very merry belated blogday, this time around.

I'm sure you haven't noticed, but I really like anniversaries, birthdays, turning points, and so forth. I like to stand on top of a hill and look back to where I've been, to chart the road I've already traveled. Five years ago, when I started this blog, I'd just moved from rural Iowa to Albuquerque, New Mexico, which felt extremely cosmopolitan at the time. The mere proximity of such luxuries as a pet store! a movie theater playing more than one film at a time! more than one bookstore! and a mall! All within a ten minute drive! seemed incredible, after five years in Grinnell, where we had to drive 100 miles round trip just to go to a Barnes & Noble. Of course, ABQ didn't feel very cityish for long, particularly after I started working out in the East Mountains & commuted out of what little claim to cityness we had in ABQ, trading the city for the mountains every morning. I never worked in the city, in the four years I lived in and around Albuquerque.

I've been thinking about this distinction lately, city vs. country, thanks to the Republican Convention. Last weekend, we were in Iowa for a wedding (my third Des Moines wedding in four years) and, as always, I felt something in my heart take a deep breath and relax the second we crossed the Mississippi River.

You asked what land I love the best, Iowa, tis Iowa,
The fairest State of all the west, Iowa, O! Iowa,
From yonder Misissippi's stream
To where Missouri's waters gleam
O! fair it is as poet's dream, Iowa, in Iowa.

When I first moved to Iowa, the state tourism motto was "Iowa: You make me smile," which at first I thought was ridiculous, then sort of hokily charming, then adorable, and finally irrefutably true. Iowa, you do make me smile.

I grew up in a town of about 6,000 people (it's bigger now -- probably close to 8,000) and spent a large part of my childhood running around in cornfields. From there, I moved to a town of 10,000 in the middle of rural Iowa. I have been accused of constructing my identity as it suits me: I can be a country mouse from a small town in Wisconsin, or I can be a liberal hippie kid from just outside Madison, depending on which better serves my argument. I can be a country girl who moved across the country with her dog and whatever fit in the back of her pickup truck, or I can be a boho city dweller who jumped off the obvious career path to live in Chicago & be a writer. In fact, I am all of these at once, and none of them exclusively.

How many of us can fit into one demographic only? Not many, I'd wager. In fact, we all have multiple identities, fluid constructions of self that change from year to year and conversation to conversation. Generally, I'm a country mouse, happiest out of the big city, among the cornfields and wide skies of the rural midwest, but the fact remains that I've also lived in Boston and Chicago and Albuquerque, and though I may have come off as a bit of a hayseed at times, in the end I've done just fine for myself in cities.

So what's up with this utterly false divide between "small town values" and "big city liberals"? Why are the republicans pretending to value people from small towns and trashing people from cities? I may be a city dweller these days, but I don't think that my values have changed a bit over the years. Growing up in a small town meant knowing that anytime you do something wrong, somebody's going to see you and call your mother. It means that your life is witnessed and valued by a community. It means that you're held accountable for your actions and remembered for your successes. It means that you're accepted for who you are -- yes, even the gays, and the jews, and the blacks. It means that you're responsible for the wellbeing of your neighbors, that you look out for each other, that you share the excesses of your garden in good years and show up with hot dishes in times of trouble.

But the thing is, this country is far too big to work in a small-town way. It would be fantastic if we could apply the "small town values" of caring for each other and helping one another out on a larger, nation-wide scale. With 6,000 people, it's not hard to keep track of who needs money for chemotherapy and who could use help shoveling their driveway; with 301,139,947 people, it's nearly impossible. On a nation-wide scale, affordable health care would certainly help. Early childhood education, strong public schools, and a national living wage would help. Doesn't it seem that so many of the programs the democrats are accused of "wastefully spending" government money on are the very ones which stand in for small town values?

I may live in Chicago, but I'm still a small town girl. I'm still a country mouse. I've been a cornshucker and a pickup driver, I like country music & bluegrass, and I fervently fervently believe that the job of a society is to take care of its weakest members, whether that be a small town raising money for a friend's chemotherapy or a national government giving money to workforce training and support programs. My values are small town values, goddammit, and they're ALL ABOUT TAKING CARE OF PEOPLE and not about taking care of corporations. I resent the hell out of anyone who tries to claim my small town values to push an agenda that's uncaring and doesn't offer the same rights to all citizens.

Five years ago, I started this blog as a way to keep in touch with my family and friends after I moved 1,500 miles away from them. Today, I maintain it to stay connected to them and to the many friends I've made along the way. Essentially, it's about communication, about pulling the strings a little tighter, about keeping our community close. We're a wandering society, and these days we're too far apart to meet in the local coffeehouse or church basement to catch up with one another. And yet, we're still looking out for one another, still doing our best to help our neighbors and friends when they need a hand.

Happy five years, everyone. Thanks for reading.