Queen Geek, Princess Nerd, and the Duchess of Dork 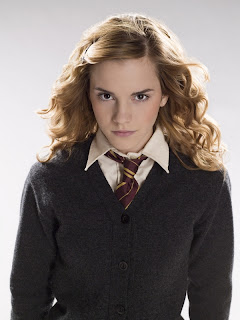 Questionability of rating women on any scale aside (even if it’s carefully subverting the paradigm by giving the most points to the geekiest girls, the ratings still mention relative hotness, though it’s hard to tell whether Tina Fey’s cuteness adds to or detracts from her overall Geek Quotient – anyway, this week’s Time Out Chicago did an unironic spread rating Keira Knightley’s hotness in a number of her movies, so the Trib gets some credit by comparison), I thought it was very interesting that the Tribune actually dared to define the word geek.

According to the Chicago Tribune, geekiness is characterized by “marked awkwardness plus narrow focus on an intellectual/creative pursuit.” (Sound familiar?)

Interesting, because The American Heritage Dictionary defines geek as:
• A person regarded as foolish, inept, or clumsy.
• A person who is single-minded or accomplished in scientific or technical pursuits but is felt to be socially inept.
Or, of course:
• A carnival performer whose show consists of bizarre acts, such as biting the head off a live chicken.

The Tribune’s audacity to define geekiness amazed me merely because the exact nature of the subtle differences in connotation between geek, nerd, and dork has been an ongoing discussion among my friends for years. This particular question of semantics is as important to us as the reclamation of words like ‘queer’ in the GLBT community. Geek pride… or is it nerd pride?

Is there a difference between geekiness and nerdiness? Dictionary.com says that a nerd is “an intelligent but single-minded person obsessed with a nonsocial hobby or pursuit: a computer nerd.” Doesn’t sound too different from “a person who is single-minded or accomplished in scientific or technical pursuits but is felt to be socially inept.” Right? The Tribune article seems to agree – at first. They seem to use “brainiac” and “art nerd” as synonyms for geek (or perhaps sub-sets of geekiness?). However, later in the “Geek or No Geek?” Quiz (ah, Chicago Tribune, you and your delightful frivolity!), Hillary Clinton is apparently NOT a geek because she “fails to exhibit the intense focus on a single intellectual/creative pursuit that we see in the classic geek” and apparently she’s also “a little too smooth” to be a geek. BUT she has “nerd qualities” of “diligence [and] intelligence.” So, diligent equals nerd, but single-minded diligence equals geek? Can’t Clinton be a politics geek? She does have intense focus on the single intellectual pursuit of becoming president, does she not? But no, she is a nerd, but not a geek. Similarly, Vanessa Hudgens in High School Musical is “more nerd than geek (see Hillary).” I’m sure they mean Hudgens’s character, not Hudgens herself, who lacks the “diligence and intelligence” to keep her naked self out of the public eye. Her character in HSM, however, is very good at math, but also good at singing and looking pretty. Is she, like Tina Fey, too hott to be Queen Geek? Or is her quest to win the adoration of Zac Efron not intensely focused enough to be considered geekiness?

Also “(see Hillary)”? Are we to understand that there is little difference between Vanessa Hudgens and Senator Clinton? And if so, should someone be offended?

Furthermore, how is it that Lisa Simpson scores a five on the “Geek-o-meter,” but Hermione Granger only scores a three? Seriously? Lisa scores Geek Queen status because she is “always the smartest person in the room” – how is Hermione any different? Because she’s a “goody-goody” and “know-it-all”? Does goody-goodyness preclude geekiness? Does true geekiness require breaking some rules? Do you have to be a little bad to be a geek? Hermione will go there. She is definitely bad enough to be a geek. She could take Lisa Simpson any day, and not just because Lisa can’t seem to move beyond the second grade. Maybe, like Tina Fey, she’s just too pretty to be a geek.

And where do the dorks fit in? Are they just the truly hopeless cases, the ones still wearing sweatpants to school past fifth grade, whose jeans never quite cover the tops of their socks, who breath through their mouths and use nasal sprays in plain sight? Will their time ever come?

Most importantly, which label should we be claiming for ourselves? Will we stand by Hillary Clinton and Vanessa Hudgens and proclaim our intelligence but lack of truly obsessive focus by calling ourselves Nerds? Ally ourselves with Elphaba and Lisa Simpson – intelligent, driven, and ugly?

Or maybe we should just bite the heads off chickens and answer the question for good. You go first, though. I’m too pretty.

Ah, the problem of classification. Personally, I think there should also be a sub-catagory of goofs...

I skimmed that TimeOut Article on Keira Knightly, talking about her hotness. Which I felt was odd, considering the picture they used to illustrate this was her looking Auschwitz-thin. I'm not being glib here. Seriously.

and where does just plain WEIRD lie?

Because, In my experience, one can be cool...and weird.