The Necessity of Myth 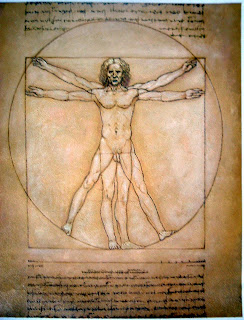 Recently, I’ve been thinking about retroactive inevitability and the making of myth. Specifically, about the way that success engenders certainty in the people who know you, who tell you that they always knew you would be successful – like on E! True Hollywood Story (I don’t own a TV, but I love that show), whenever the crew goes back to Gutentucky, Arkansas to interview the star’s childhood family and friends, someone ALWAYS says, “I just knew he would be famous!” There seems to be a need to claim foresight, whether this is just a way to be a part of the narrative of fame, a way to cash in on a tiny piece of the drama, or whether it’s a necessary ingredient in star-making (can you be a global sensation if everyone at home says, “Gosh, we NEVER saw that coming!” and “I always knew she would end up living in a trailer with three babies by three daddies… guess I was wrong!”) I’m not sure.

Are some people truly destined to be famous? If everyone in your elementary school just knows that you’ll grow up to be wildly successful, does that mean you will? Or do people not just know until after the fact, until you are?

What about the people we just know about who end up living perfectly average lives? Is there a cut-off, after which your family and friends stop telling you that you’re so funny or have such a pretty voice or such a lovely face that they just know you’ll be famous? Thirty? Forty? After your first kid? Your first divorce? What about the people who achieve national attention after that cut-off point? Frank McCourt, for example, was a teacher for thirty years and didn’t publish Angela’s Ashes until he was 66 years old. How does he fit into the structure of myth and predestination?

Geek Buffet had a post yesterday about the death of Barbara West Dainton, the second-to-last survivor of the Titanic.

The fact that several of them - among them the last two survivors - had no memories of it other than what they learned from family members didn’t make a difference. It was just their having been on the ship, having been in its presence - in a way, not to be blasphemous, the survivors seemed often to be treated as sacred relics; tangible, earthly links to a fantastic, quasi-mythical object.

Titanic has become myth in our collective memory, and it may be difficult to imagine why someone like Dainton would have wanted to separate herself from the tragedy. Particularly now, when global fame is only a clever youtube video away, it’s hard to understand why someone wouldn’t want to cash in on the glamour and fantasy of the Titanic.

As a culture, do we need to construct myth? Without a pantheon of deities to people our myths, must we substitute the wealthy and famous? Do we need to believe that these people are somehow different from us, mythical, pre-destined – or are they?

Have you ever read Barthes' "Mythologies"? That book (it's a collection of really short, interesting essays, and then a longer summary essay at the end) says essentially that capitalism is constantly inventing myths to justify itself and keep itself running. And because myths are created in everything from popstars to to the kind of coffee we drink, it's extraordinarily hard to debunk them or escape them. I don't know if you'd like the book, but I did...just a thought!