The Only Clinton I Ever Wanted To Smooch

I must admit, I have always felt a fondness for the Clintons. Chelsea Clinton, born February 27, is just a few weeks older than me. We were both 12 in the 1992 election. Unlike Chelsea, I was lucky enough to suffer the early onset of adolescence out of the public eye. 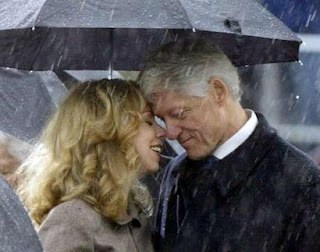 Chelsea was named after a Joni Mitchell song; I was named after a pre-natal macrobiotic vision my hippie social worker mother had. Bill Clinton seemed like someone who might have been friends with my parents in college. I could imagine them sitting around some grungy dorm basement, Bill with his sax and my mother with her hammered dulcimer, laughing and talking and definitely inhaling. Hillary Clinton reminded me of my stepmother, because they’re the same age and they’re both lawyers and they had very similar hairstyles through most of the 90s.

I’ve spent fifteen years with the Clintons, and they always felt kind of like my family, only richer and more highly scrutinized. 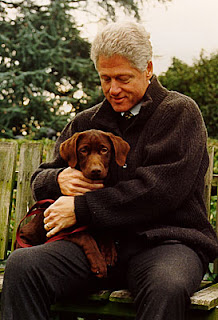 I was totally willing to forgive Bill his transgressions, just as I forgave my own good old Dad for all the times he forgot to pick me up or embarrassed me or whatever. You know dads – they’re nice guys but they mess up sometimes. All the accusations of Hillary being too tough, too unfeminine, a ball buster, whatever – that was cool, she was just a strong, powerful woman like my mom. I respect women who can bust some balls. And Chelsea? I forgave her any number of weird hair days and gross outfits, with the desperate hope that the world would forgive me my own.

But. There is one place in which those Clintons deviate significantly from my own family, and it is perhaps the one thing I absolutely cannot forgive them for: the Clintons suck at keeping pets. 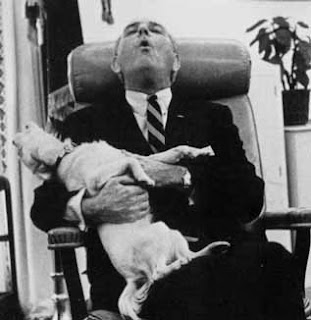 You won’t be surprised to know that my all-time favorite Clinton, even more than coke-snorting Sabrina The Teenage Witch guest-starring Roger Jr., was Buddy Clinton.

Oh Buddy, you were the one Clinton for whom I had nothing to overlook. You were by far the snuggliest Clinton, and the most faithful. You were the only Clinton I ever wanted to smooch on the face. You were a million times better than Lyndon Johnson’s weird dog Yuki, and so much sweeter than Caroline Kennedy’s pony. Who wants a pony? I just wanted you, Buddy, you little scrapper. 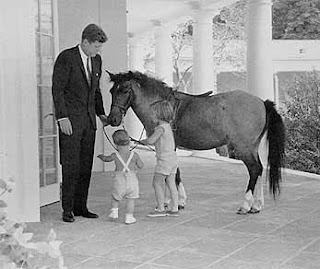 Sadly, Buddy only lived a few short years before he was killed. The Clintons let him run loose and he was hit by a car. Unforgivable. AND, Clintons, Buddy was the SECOND dog you lost in the EXACT SAME WAY. Didn’t Zeke teach you a lesson, Clintons? How could you let Buddy go in the very same, tragically predictable, way?? 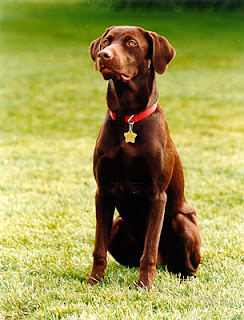 And THEN. To add insult to injury, Clintons, to add abandonment to death, you DUMPED SOCKS. You gave him to Betty Currie! You can’t just give a family member away, Clintons! Don't you know that it’s a crime in Hollywood?

To paraphrase Oscar Wilde, Clintons, to lose one pet may be regarded as misfortune. Losing two is carelessness. And losing THREE? Clintons, I love you, but you’re out of the family.

What? Wasn't your dog named Zeke? And seriously they gave away their cat? Of course, I'm sure they're never home.

Yes, my dog is Zeke, which is probably why I take the Clinton's dog-killing ways so seriously. Though, to be fair, my Zeke ran away and a ghost dog brought him back. Is it the Clintons' fault that they didn't have a ghost dog to save their Zeke? Maybe not. Do I blame them anyway? Absolutely.

hmmmm, didn't you kind of leave your adopted otherworldly elderly gentleman dog Zeke, on more than one occasion, with your mom? And where, exactly, is said old dog right now? Living in the family homestead in rural Wisconsin and being cared for by, hmmmm, Molly's mom? Methinks your fierce indignation and self-righteousness is a tad hypocritical...

Did I let him get hit by a car? No. Did I dump him on my secretary? No. I dumped him on my MOTHER, thereby keeping him IN the family. Then I gave my mother $500 to go on vacation.

Also, I wouldn't complain if the Clintons dumped their animals on us, because we are good pet owners, as evidenced by Zeke, Dog Wonder, whose debilitating cancer can't hold him back from his hobby of pooping on the floor, and Rachel, the Rabbit Who Would Never Die.

Also, I wouldn't complain if the Clintons dumped their animals on us, because we are good pet owners, as evidenced by Zeke, Dog Wonder, whose debilitating cancer can't hold him back from his hobby of pooping on the floor, and Rachel, the Rabbit Who Would Never Die.