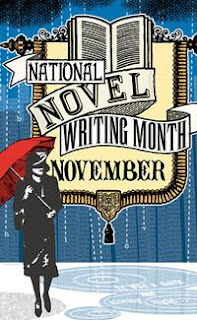 There’s only one week left in October, and we all know what that means: one week until National Novel Writing Month, or as I like to call it, “National One Month Out of the Year When Your Friends Are Actually Interested in Questions of Plot & Characterization & Setting & Wordcount & Care About The Progress You’re Making On Your Novel,” or “NaOnMoOuYeWheYoFriArAcInQuePloCha SetWorCaAbTheProYoMaOnYoNo.”

NaNoWriMo is easier to say.

National Novel Writing Month is based on the premise that everyone wants to be a novelist, but not, you know, all the time. Just sometimes. Being a novelist all the time is a total pain in the ass, especially given the eleven months out of the year when your friends are NOT actually interested in questions of plot & characterization & setting & wordcount & don’t actually care about the progress you’re making on your novel. 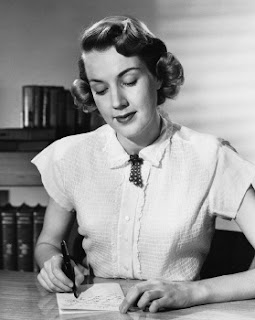 It’s waaaaay more fun to be a novelist when all your friends are, too, and everyone has her own little page on the NaNoWriMo site that keeps track of wordcounts, where you can see how many words your best friend has written and make sure you write that many PLUS TEN for the day so that you can prove, once again, that you are better.

Writing a novel in a month is like running a marathon. (Or so I assume. You will never find this girl on a marathon course, I will tell you that much, unless it’s one of those hilarious romantic comedy moments where through a series of bizarre and unforseen hijinks I suddenly find myself in the middle of a sea of smelly runners, all of whom are conspiring to keep me from achieving whatever goal it is I’m after.) People probably run marathons to prove something to themselves, something about dedication and persistence and strength and achievement. They do it so they can say “I ran a marathon!” which is something that no one can ever take away from you. They do it for the sheer adrenaline and the camaraderie and the feeling of being a part of something bigger than themselves, something global and epic and amazing.

And that’s why we NaNo. 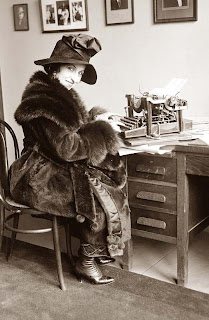 My best NaNoWriMo was 2005, when I had a bunch of 7th and 8th graders writing novels with me. In October, we all voted on whether or not to take on this crazy project, and almost everyone voted yes. I promised them that for the entire month of November, they wouldn’t have to do anything in class but work on their novels. I worked on mine, too. All month we talked about characterization, plot, setting, structure, timing, tense, point-of-view, rising action, climax, dialogue…all the boring stuff you have to learn about in English class, but for one month it ACTUALLY MATTERED to the kids, because as they learned, it’s helpful to know story elements when you’re writing a story. When they got stuck, we talked about plot twists and dream sequences and new conflicts and ninjas. When I got stuck, I looked up from the student desk where I was writing and asked them for help. “Maybe one of your characters should write a letter!” “No, you should add dialogue!” “Dream sequence!” “Ms. Backes, do you really need help, or are you procrastinating? Get back to work!”

At the end of the month, I had 135 novelists. Together we had written over one million words. It was awesome. We even got written up in Weekly Reader Magazine.

Last year, I wasn’t allowed to do NaNoWriMo with my students because it wouldn’t help them perform on the standardized tests they had to take in January, February, and April. It probably would have made them better readers and writers, better able to engage with a text due to their deeper understanding of the choices an author makes, more critical, more thoughtful, and more creative. It probably would have helped their self-esteem and strengthened their ties to school, would have helped them to see themselves as active co-constructors of knowledge rather than passive receivers…but no, it probably wouldn’t have helped them bubble in their standardized tests.

Not that I’m bitter.

This year, I’m going to deviate from the rules a little (some would say “cheat”) and work on a book that’s already been started. It’s a re-write of my 2005 NaNo novel, which was really quite awful. Let’s hope the re-write goes better. Technically you’re supposed to start on page one at the beginning of the month, but as Jill said last night, “If I’m going to write 50,000 words, they’ll be for the novel I’m already working on!” But I won’t count any of the words I wrote before November 1, because that would be cheating for real. 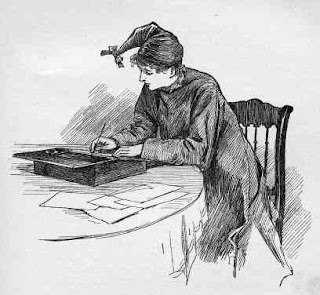 Friends, you have a week to prepare yourself for this challenge! Use it to get extra sleep and clean the house, because you won’t have time for petty chores when you’re trying to hit your 1,667 words a day. Sign up on the NaNoWriMo website. Add me to your friend list!

If you’re in Chicago, there’s a kickoff party this Saturday night, October 27, from 4-7 pm.

And, speaking of parties on Saturday, Gary Paulsen will be at the Harold Washington Library Saturday morning at 10:30 am to accept the Chicago Tribune Young Adult fiction prize. Gary Paulsen, author of books like Hatchet, has the life I dreamed of in third grade: he writes books and he mushes the Iditarod. BOTH. Also, he wrote one of the best memoirs ever, My Life in Dog Years, which made me cry like a third grader. It’s a great read.

Which reminds me of yet another reason to do NaNoWriMo: you can say things like "fellow NaNo novelist Sara Gruen." That alone should justify a month of crazy deadlines and flimsy plots.