A Letter to My Students 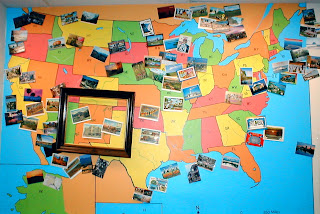 Recently, spies at my old school informed me that some of my former students thought to google me. Apparently, they found this blog and came back with the information that A) Ms. Backes is writing a book! [True] and B) Ms. Backes has friends!! [Also true, and how flattering that it should come as a surprise to them. Reminds me of Valentine’s Day a couple of years ago, when my students were shocked to hear that I had managed to find someone who wanted to date me.

George: Are you married Ms. Backes?
Me: No.
Dan: Do you have a boyfriend?
Me: Yes.
Haley: YOU have a BOYFRIEND??????????
Me: (dryly) try not to sound so surprised.
Haley: You must be a LOT more exciting outside of school.

Anyhow, yes, children, Ms. Backes has managed to trick several people into being friends with her over the years, and yes, she’s probably more exciting outside school.]

As usual, I can’t resist the chance to hang out with students for a bit, so if you’ll forgive me, this next part is for any kid I was ever fortunate enough to work with, from the current 8th graders who are clever enough to google me but wouldn’t actually talk to me when I was there in December (hi 7th period!) to the now-in-their-mid-twenties folks who were in the first theater class I ever taught, in the mid-90s.

I miss you! You probably don’t believe that, because you remember all the times I threatened to make you pay for my therapy bills. You probably assume that when I think about you, I think of all the giggles and whispers I was constantly shushing, the big round zeros in my assignment book I was always nagging you to complete for me, the notes full of middle school drama I liked to confiscate and pretend I was going to put in my imaginary book Whuz UP: Linguistic Particularities in Colloquial Pre-Adolescent Discourse. Of course I remember those things, and many more, believe me. But really? When I think of you guys I don’t think of picking up your candy wrappers after I expressly told said no food in my classroom, or of buzzing the office to send someone to find you when I knew you were ditching my class, or of washing my board for the third time in one day because you just couldn’t stop yourselves from drawing little doggies with circles for paws next to your name and basketball number, even when I hid all the chalk.

What I remember best are the times you made me laugh.

I have hundreds of pages of funny things you said, hundreds of snippets of conversation and quotations that made me laugh then and make me laugh still. I kept the stories and drawings and notes and cards you gave me, and over the years I’ve gone back to them, and they’ve helped me to face another day of whispers and candy wrappers. I miss the way you could always take me by surprise, how you were always far more clever and sly than anyone gave you credit for, how pleased you seemed when you could make me laugh out loud, even if it was for something ridiculous. Especially then.

I miss reading with you. A few years ago, some teachers and I were talking about what we’d do if we won the lottery, and of course the general consensus involved closing the school and moving to Mexico, but I said if I won the lottery I’d keep coming to school, I’d just stop giving grades, and turn my classes into writing groups and book clubs. We’d just hang out together and write stuff and read books together and talk about why we liked them. The best days in class were the days closest to that model: last year, when we pushed all the desks back and sprawled out in a circle on the floor together, or the year before, when we did nothing but read The Diary of Anne Frank for two weeks straight, no tests, no journals, no worksheets. We just read and talked. The time we did Nanowrimo together and did nothing but write novels for a whole month – that was awesome. The year before that, when we picked a country in the world and wrote a story about someone who might live there, with the understanding that ninjas can live anywhere. So fun.

You guys were also my favorite people to be around when things got sad and hard. Those of you who were in seventh grade in the fall of 2002 (and will be graduating this year, my goodness!), after the one year memorial service we had on September 11, you guys talked to me about the whole terrible event, and you helped me to keep faith in the goodness of the world. Or the following spring, when my cousin was killed in a car crash, you were the only people I could talk to, because you were the only ones who didn’t feed me BS about it. All the grown-ups gave me platitudes like “It was his time” and “He’s in a better place now,” until I wanted to scream. You guys just looked at me and said, “Are you sad? If my cousin died I would be really sad.” I was, and you were the only ones who just let me be sad without trying to gloss over anything. Thanks for that.

We talked about some tough stuff over the years: the Holocaust, the KKK, Hate Crimes, homophobia, racism, sexism, violence, fear, September 11, the Birmingham Church bombing, slavery, Matthew Shepard, Columbine, Hurricane Katrina, the deaths of people in our communities, suicides, addiction, alcoholism, domestic violence, murder, rape. We kept tallies of how many times in a day we heard people using racist or sexist or homophobic epithets (and it was a LOT). You asked me why Hitler hated the Jews and then you told me about who you hated, two weeks later, and I tried to make you see that your reasons were just as dumb as Hitler’s were. We talked about Matthew Shepard and you brought me articles from the local newspaper about a similar Hate Crime that happened in our own town. Most of you made an effort to stop calling people fags and using “gay” as a synonym for “dumb” – at least in my presence. You wrote a lot about yourselves, and tried to find your own voices in spite of the fact that middle school pushes you to conform. You thanked me for giving you permission to be weird. You took my suggestion to use your imagination and ran with it. You came back from high school and told me that I would be proud of you: you’ve dropped a lot of the posturing you had in middle school and now you’re much more of an individual.

I am proud of you guys. I’m proud of you all. Don’t forget the things we talked about back then. Be weird and wonderful and creative. Be yourselves. Be kind to everyone, even the freaky kids. Don’t listen to gossip, and don’t spread it. Don’t let other people make up your mind for you. Judge everything for yourself, and always keep an open mind. Let yourself be surprised. Remember the power of language, and please call people out when they use racist or sexist or homophobic language in your presence. Be thoughtful and true to yourself. Keep reading. Keep writing.

Thanks for all the awesome times we had together, the great discussions and the games of Silent Desk Tag. Thanks for making me laugh. You guys were the funniest and best students a teacher could have.

I just imagined you starting up some book club thing in some after school program where you get to make the rules... that was fun to imagine.

You are definitely one of the greatest teachers ! ! !

Of course, you already know your writing skills are off the charts . . . You have an awesome ability to capture and hold the reader.

Fantastic piece.I would be inspired as a kid. Thank you.