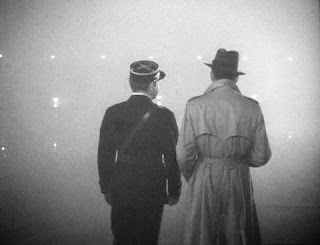 Yesterday I heard from two of my favorite people on this planet. (I have a lot of favorites, but these people are waaaayy up there. Even above Bobby McFerrin, but only because he never calls, he never writes….) Hearing from them both on the same day was a rare treat, and it made me think about friendship, and the way it changes over time, and what a gift it can be.

The first person I heard from yesterday is a freshman in high school, E. And she uses a lot of exclamation points! Because things are very exciting when you’re in 9th grade! She was a student of mine, and then she was my writing buddy, and I’m fairly certain she completely trounced me in Nano wordcount this year because she is awesome. Some people waste those precious years in high school when you’re old enough to be creative and do cool stuff, but young enough to have all your health insurance and pop-tarts funded by your parents (for instance, and this is completely hypothetical of course, but instead of doing something awesome and productive, you might use that rare window to, I don’t know, memorize every episode of Saved By the Bell… hypothetically). But! E and her friends aren’t wasting their window of health insurance and free breakfast pastries: they’re writing scripts! For a TV show! That they’ll post on youtube!

This goes without saying (but that never stops me): the best part of teaching is the kids. Unfortunately, so much of the job is about anything but. Sometimes you feel incredibly lucky just to get ten minutes out of your day to actually talk with kids and listen to what they have to say. Last year, I was lucky enough to have E. in my room during my prep period, and in addition to helping me put up awesome bulletin boards and color “spirit signs” to liven up the hallways, I got to hear all about her life, which was nearly always far more interesting than my own. (Middle school = full of drama.) Also, I got to make her listen to my music, which is clearly why she now loves the Smashing Pumpkins. Little did she know that I was secretly infusing the deepest parts of her brain with a profound love for the wistful bands of the 1990s. (She loves the Cure as well, clear evidence of her enlightenedness.)

Have I mentioned that she’s a freshman in high school, and she’s already written three novels? AND now she writes poetry and song lyrics as well?

I was very excited to hear from her, because a) she is awesome, and b) she helps me remember what it’s like to be a teenager, which is very helpful when you’re writing YA novels but you’re sooooo old that when you were in high school, you made mix tapes! And nobody had cell phones but this one girl did have a car phone in her 1985 Buick and that was pretty neat even though it was the size of a shoebox. So clearly you need an infusion of modern teenagerity, so that you don’t sound like a grandma on the page.

E. and her friends remind me of all the great things about teenagers, all the ways they can be funny and smart and interesting and sweet and weird and fun. So, yay for keeping in touch with E! Double exclamation point!!

The second awesome person I heard from yesterday is someone I met when *I* was in high school, ten thousand years ago. (Actually, twelve.) I knew his brother when I was a freshman because he played Mister Mushnik in Little Shop of Horrors, and I played a homeless person, but I didn’t meet N. until my sophomore year, when I sat behind him in Multicultural Lit and stared at the cuffs of his jeans, which draped perfectly over the backs of his shoes (unlike the cuffs of my boyfriend’s jeans, which always showed at least an inch of skin when he sat down… these things matter, when you’re fifteen).

For more than a decade, we’ve had the kind of friendship where we can go months without talking to one another and then pick up where we’ve left off as if it has been no time at all. Last night, I sat on the kitchen counter and gossiped with him like I was still fifteen. It was great.

I don’t actually remember how we became friends, but it came to pass that we walked from English to choir together most days, and after he graduated we started emailing one another. N. is a wonderful email writer. It’s a particular talent he has.

He’s also an incredibly talented musician and composer, which is what most people know about him. I remember long conversations about the ways talent and artistic drive could be both a gift and a burden, when we were both still teenagers. He understood me when I talked about writer’s block and artistic ambition, even at a time in our lives when everyone else just cared about getting out of high school.

I spent a lot of time with him and his band in my junior year of college; the band was playing a lot of shows around Grinnell and I made as many as I could. I would lose myself in the music, dance even if I was alone, drink gin with the bass drummer… but my favorite thing to do was watch N, both onstage and off. Onstage he was pure performance; offstage he was awkward and hilarious with the worshipful fans. The fans would gush and I would laugh to myself and N would look up at me over their heads and wink. Once, he came to visit me at Grinnell and we got stuck in an ice storm, right before xmas break. Stuck there an extra night, we lay in my narrow dorm bed and watched Air Bud on a TV that only played in color if you put something heavy on it.

He's made a life for himself as a musician, and currently plays with a group that is always on tour. He has perfect pitch and the ability to play anything he's ever heard on any of the various instruments he plays -- he uses this skill when his band goes to schools. ("Does anyone ever ask you to play Freebird?" I asked. "God. Yes." "It's probably, like, the teachers though, huh? The middle schoolers probably ask you to play 'My Humps.'" He laughed and agreed, then sang a little of 'My Humps' for me. "Next time someone asks you to play Freebird," I said, "think of me, because I still think that parents yelling 'Play Freebird' at a Wiggles concert is just about the funniest thing I've ever heard.")

Anyway, he's great. He's good and kind and makes me laugh. It’s such a gift to have a friend who’s known me since I was fifteen and likes me anyway. It’s great to chat with someone who knows you, for whom you need provide no backstory. After a while, those friends begin to feel like family.

Of course, E. and N. are just two out of the wide circle of people whose friendship graces and enriches my life. If you’re reading this, chances are good that you’re one as well. At this grey time of year, it’s especially important to remember that your circle of friends extends beyond the people you see every day, stretching to include people you’ve known since high school and people you just met this year. There are people out there thinking about you right now, hoping you're well, wishing they could be there with you if you're not. The web of your life is far more extensive than you think, and you've touched more people than you know. You are an important, cherished person, even when you feel like just the opposite.

Good friends will help you to remember this. Take care of them, and let them take care of you when you can’t do it all yourself.

Also, remember the people there every day.

Don't take advantage of what you're already blessed with...

I played a homeless person in Little Shop too! Except mine was senior year.