Ever since I sold my truck in May, I've been walking to and from work nearly every day. I work about three miles from my house, and sometimes I walk the entire way home, though the last mile or so is rather ugly. I prefer to walk through the neighborhoods, off the main streets, but the Chicago River limits the ways to get home. 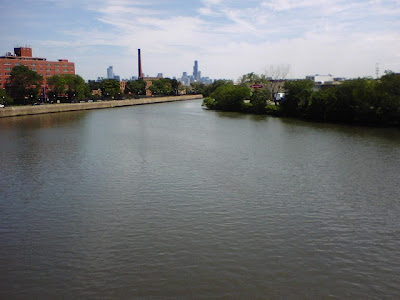 The Chicago River from Diversey

I love walking to work in the morning. I like to get off the bus early and walk down Grace, with its big houses and leafy trees. I like the cool, early light and the morning friendliness of the firefighters hanging out at the station. Even if I'm feeling cranky and stiff, a leisurely mile's walk wakes me up as well as coffee, and I find that I arrive at work feeling rather fond of the world, unlike the days I take two buses and arrive glowering. 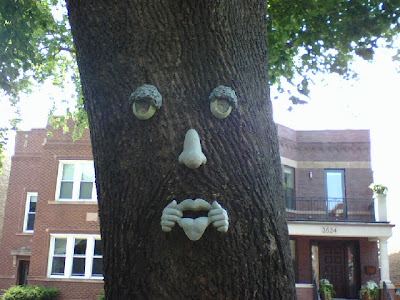 The walk home is even nicer. I have more time to stop and look closely, to explore new streets and look for secrets. All my life, I've looked for secrets on familiar journeys: the falling down barn on 151 whose slow disintegration marked my years between Grinnell and Madison, the beautiful bridge slowly eaten by creeping vines off of Hwy 6 on the way to Iowa City, the pond outside Oregon where I often see cranes, herons, and swans. This curve of road, along a woods and down into a meadowed plain. That stand of rock which looks different in every light. The moment when the sky opens up, the decent into river valley, the place where we always see hot air balloons. Before, my commuter secrets were wild places, the kind of secrets you can see from the road as you go speeding by. 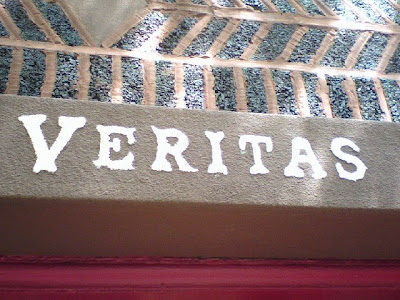 Now, my secrets are smaller, slower. The house with the pretty shutters. The block where every building's street numbers are fixed in antique stained glass. The window where the cat watches the street below. The gated garden full of wildflowers. The wrought-iron fence covered in grapevines. 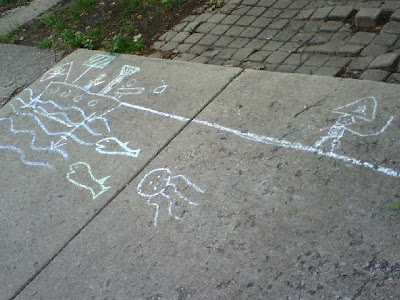 One day I meet dogs named Walt and Harper. "After Harper Lee?" I ask, and the man nods unhappily. I don't bother to ask him if the lab is named after Whitman. Another day I find a necklace hanging on a low branch of a tree. There is art on the sidewalks, a woman carrying a bouquet of flowers, a gutted building with a dark brick cave where the stairs should be. A little girl in pigtails intently painting spindles on a porch railing, alongside her father, both cross-legged. 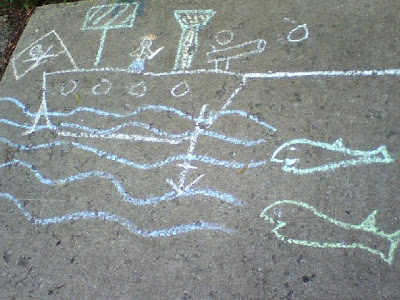 Walking through the neighborhoods makes me love this city. Last weekend, we camped in the woods of Northern Illinois and woke to a morning raucous with birdsong. We wandered through a giant meadow of prairie flowers and examined the blood drops in Queen Anne's Lace, the undersides of milkweed leaves, the textures of different grasses. We held our hands to the horizon to judge the minutes before sundown, watched the stars come out in spots between treetops, built a fire and cooked dinner on sticks and told stories in the flickering shadows of flames. On the trainride back into the city we were quiet, and when we reached the big intersection near our house it was uglier than usual. "Dirty urban wind," we told each other, our shorthand for the way nature eludes you in the city, the way you forget the earth is still under your feet though you have to imagine your way down through layers of brick and concrete to find it. Back from the woods, Chicago was stark and dirty and too bright, too harsh, too loud. In that moment, it was hard not to hate it. 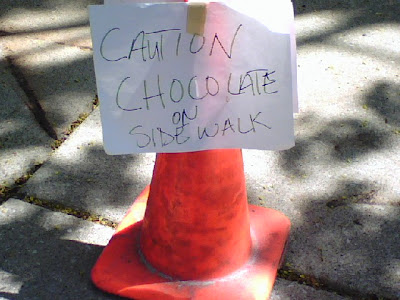 Some people are enlivened by the city. The lights and noise, the culture and food and music and streets and art and people and pigeons and speed and life, some people it feeds. Me, it depletes. I need quiet nights, starry skies, opossums on back porches and flashes of fox in back yards. I am a country mouse at heart. But walking through the neighborhoods and quiet streets helps me to love this city too, and almost - almost - begin to call it home, and mean it.