Travels in Chicago and Abroad.... 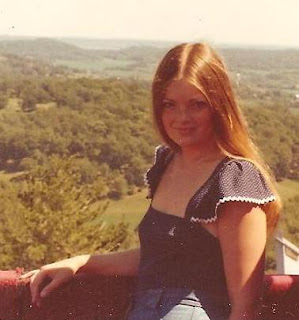 Yesterday, my mother came down to Chicago and hung out with me for the day. Ostensibly, she was here to help me pack (which she did) and take me out for my birthday (we went to Zia! New Mexican food in Chicago! Best of both worlds!) but actually we spent the majority of the day driving around the city looking for baby hats. It's a long story.

Anyway, even though tromping all over the city with my mom was fantastic, and the sun even came out for a few minutes here and there, the highlight by far was "Mamabackes's Tour of Homes (and everyone who was stabbed when she lived there)" in which she drove us around Old Town and Lincoln Park, showing us all the different houses and apartments she lived in when she lived here in her twenties. Every apartment came complete with a story like, "Oh, and that house three doors down? That's where a pregnant lady was stabbed in the stomach and pushed out a third floor window..... and that place had the BEST Italian bread! ....Where that bar is used to be our laundromat, where my neighbor got stabbed and then he was so scared he had to borrow my German shepherd for the night.... did I tell you about the ladies who used to make big plates of fried chicken and spaghetti at that church?.... and over there is where your cousin got stabbed in the neck......"

I made her give me a similar tour a few years ago, when I was here taking a summer class at Second City, but I didn't yet have any frame of reference for the city, so I didn't really understand where we were at any given time. Yesterday, I saw that she lived in a pretty close range, and after taking the Armitage bus every day for six months, I am all too familiar with the area where the pregnant lady was stabbed. Luckily for pregnant ladies, and probably unluckily for local color, the area is now mostly full of ladies who are far too rich to do anything so undignified as get stabbed in the belly. The back, certainly.

I love hearing my mom's stories and trying to imagine what Chicago was like thirty years ago, even as I learn what it's like for myself now. Because my parents both lived here when they were my age, this place sometimes feels a little bit like an ancestral home. In a nice way.

So thanks Mom. You can tell me about walking your dog and people getting stabbed any day.

In other news, I'm heading off to Barbados tomorrow for my college roommate's wedding. Five of us lived in a house senior year at Grinnell (White House, for you Grinnellians) which we called "The Funnery Nunnery -- the last stop before hell." We were the Fun Nuns, also known as the Bad Habits. We're reconvening on the beach for a week of nuns in the sun, which will likely culminate in some sort of leaving the sisterhood ceremony. She may be leaving the sisterhood, but she'll always be our sister. Awwwwwwww.

So: I'll see you when I get back! Have a great week!

wooo-weeee! your mamma is smokin' hot!

It's not the same awful Zia chain they have in Rio Rancho is it? Or maybe that's called Zuni. Hmm.

Why does she have to leave the sisterhood???